Charles L. Rosenzweig has had over 30 years experience in federal and state litigation and arbitration. He has participated in numerous hearings and trials both inside and outside New York, involving commercial, corporate, securities, real estate, intellectual property and private international disputes. He has represented asset-based lenders, and has substantial experience in acquisition, licensing, franchising and financing transactions. He has counseled clients in the finance, internet, steel, chemical, food, toy, apparel, real estate, retail, diamond and automotive supply industries.

He has extensive experience with international transactions and with advising foreign clients in their operations in the United States. He is fluent in French and has familiarity with the German language. He is also familiar with U.S. antidumping, countervailing duty and other trade proceedings and issues.

Charles is a member of the American Arbitration Association’s National Roster of Arbitrators and Mediators. He also serves as a mediator on the Panel of Neutrals of the Commercial Division of the Supreme Court of the State of New York, New York County.

Charles was a lecturer at “Strategic Directions for International Practice” a program sponsored by International Legal Training and directed to foreign lawyers. He has also lectured at New York Law School on Ethical Considerations in the Context of Civil Litigation. In addition to the reports he has authored for various bar association committees, he has co-authored an article with Catherine S. Campbell, Esq. “Do New York’s New Rules of Professional Conduct Really Change an Attorney’s Obligations with Regard to Client Confidences?” published in the Westchester Bar Journal’s Winter/Spring 2012 issue. 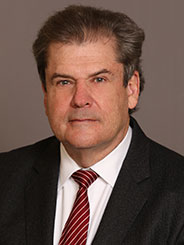