Mr. Wiederkehr is a member of the firm’s Executive Committee and Commercial Litigation practice group, and also practices construction and general litigation law. He has acted as lead counsel on a wide range of complex litigation matters and has argued several groundbreaking cases throughout the course of his career. His clientele include some of the area’s largest title insurance companies and major financial institutions.

Prior to joining our firm, Mr. Wiederkehr was a partner in the law firm of Farley, Jutkowitz, Balint & Wiederkehr in Yonkers, New York.

A purchaser of mortgages sued our client, a title insurance underwriter, for alleged fraud relating to the sale of those mortgages on the secondary market.  The Plaintiff sought recovery of $45 million in damages.  Following the Supreme Court’s denial of a motion to dismiss, Lee S. Wiederkehr and Michael J. Schwarz obtained an order from the Appellate Division, First Department, reversing the trial court’s decision, and granting the motion to dismiss.  Leave to appeal to the Court of Appeals was granted, and the New York State Court of Appeals unanimously affirmed the Appellate Division’s dismissal of the action against our […] 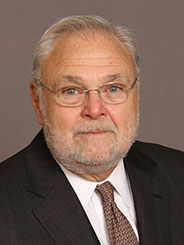