Mr. Weingarten has acted as lead counsel in connection with billions of dollars of land use and development approvals for urban renewal, infill, commercial and residential projects totaling millions of square feet of development in the Hudson Valley Region.

Mark P. Weingarten was honored November 15, 2019 at the 32nd Annual March of Dimes Real Estate Awards Breakfast for his tremendous contributions and tireless commitment to the March of Dimes in bringing awareness to the prevention and treatment of premature births and the challenges faced by infants and their families.  We thank all of you who were there to show your support for the March and Dimes and congratulate Mark on his achievements, as well as Martin G. Berger and Joseph D. Roberto, who were also honored at the event.  Well done!

AvalonBay Communities is one of the premier developers of luxury apartment communities in the nation. DelBello Donnellan represents AvalonBay in connection with numerous development projects throughout Westchester County, including this 589-unit apartment community currently under construction in the Alexander Street Urban Renewal Area on the Hudson River in Yonkers, New York. 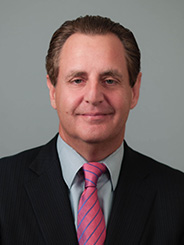