While at law school, Peter served as a student attorney in the John Jay Legal Services Securities Arbitration Clinic pursuing securities fraud claims, and was also a member of the editorial board of the International Law Review.

Peter grew up near New Haven, Connecticut and graduated from Boston University in 1999 with a B.A. in International Relations.  He is a member of the New York State and Westchester County Bar Associations and he is admitted to practice law in New York and Connecticut, as well as in the United States District Courts for the Southern, Eastern and Western Districts of New York, and the Second Circuit Court of Appeals. 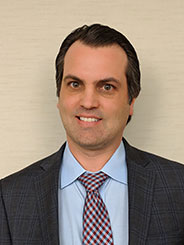